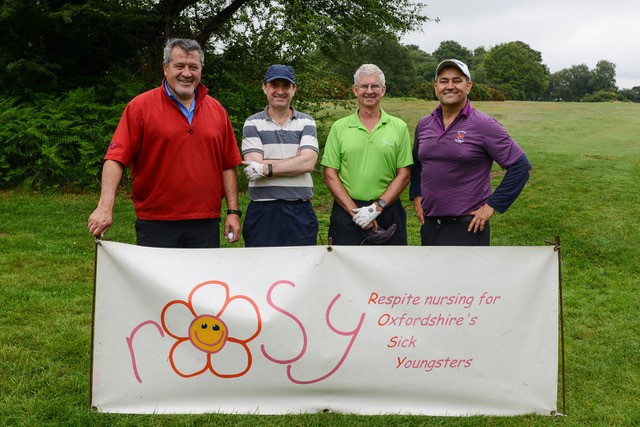 Every year at Tadmarton Heath Golf Club the Vice Captains get to choose the Charity to be supported by the Club the following year. We were looking for a local charity with a strong focus on children – we chose ROSY. All charitable fund raising and donations in the 2018/19 Captains year will go straight to ROSY.
The first significant fund raising activity was the brain child of the Captain – Pete Fisher.  Pete is a dab hand in the kitchen and fancies himself as a Chef! So Pete, along with a number of “foodie” golfers, provided a meal to 48 lucky members completely free of charge. At the end of the evening they were asked to contribute what they thought the meal was worth to our charity of the year.  Well it must have been great food because at the end of the evening £2,000 was collected! 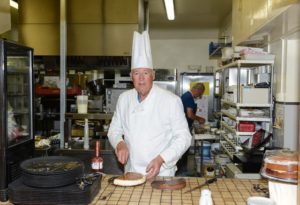 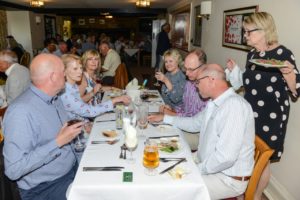 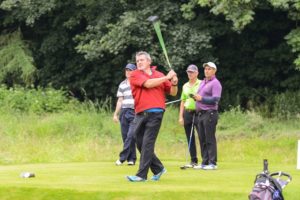 This was followed up by the major fund raising activity of the year – The Tadmarton Heath Golf Club Charity Competition 2019. Over 70 stalwart golfers arrived at the club on the 25th June during one of the wettest mornings of the year.  However it was clearly a blessed event as the rain clouds cleared in the afternoon and allowed us to play golf in support of ROSY.  If you are a Rugby person you may be able to spot a sporting celebrity in our midst with an interesting name? Zinzan Brooke played 58 tests for New Zealand and was rated 9th best player of all time by Will Carling. He can hit the golf ball further than most people – although we are sure he would agree that it is not always down the fairway! 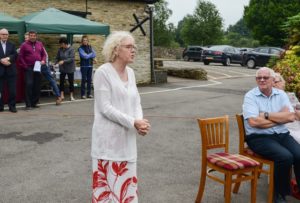 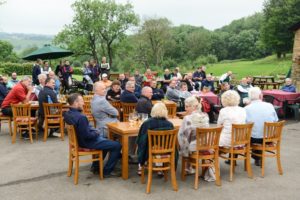 The golf was followed up by a dinner, a talk from Katherine Boyce (a volunteer supporter of ROSY) and then the inevitable fund raising auction. 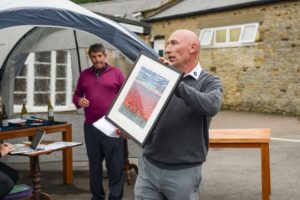 One of the items auctioned was a limited edition print by artists Marc Marot and Scarlett Raven. Their paintings are believed to be the first fine art to feature augmented reality technology. Once a viewer has downloaded a free app called Artivive they point it at the print and the painting comes alive with animation, music and poetry.  Best known for their groundbreaking World War One Project: ‘The Danger Tree’. 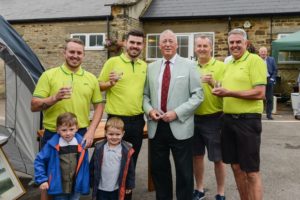 Winning Team with the Captain (and Mascots!)